Top things to do on a KZN holiday

KwaZulu Natal is situated within driving distance of a number of provinces within South Africa, making it a top holiday destination, especially for the those living in Gauteng. Durban, the South Coast and North Coast are old favourites, but there are so many places to visit in KZN so why not expand your holiday experiences? 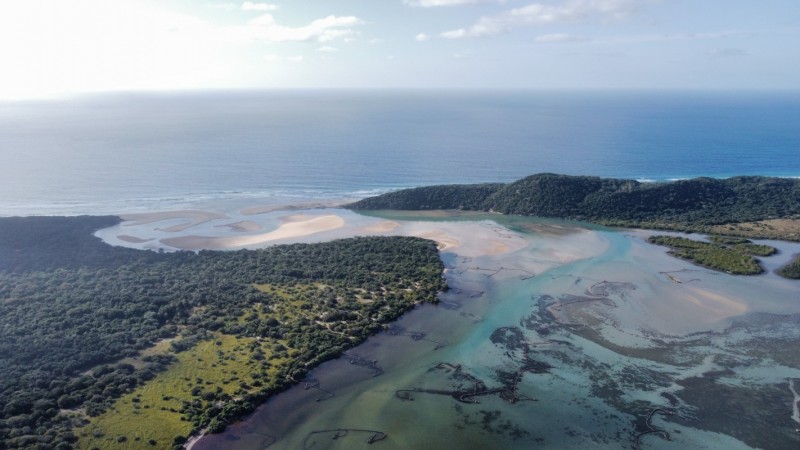 The beach and warm waters are a top drawcard but there are numerous game reserves, historic sites like the Battlefields, the gentle green hills of the Midlands and of course the mighty Drakensberg. Not to mention the vast protected wetlands at St Lucia, Kosi Bay and Lake Sibaya.

For first timers or if you have not been on a KZN holiday for a while, why not make your base in Durban or Umhlanga and then take in some of the things to do in the province. Broaden your experience by joining day excursions a little further afield and take in more KwaZulu Natal attractions.

Thompsons has a full menu of exciting activities and full day excursions to choose from to top up your holiday fun. Here are a few suggestions. 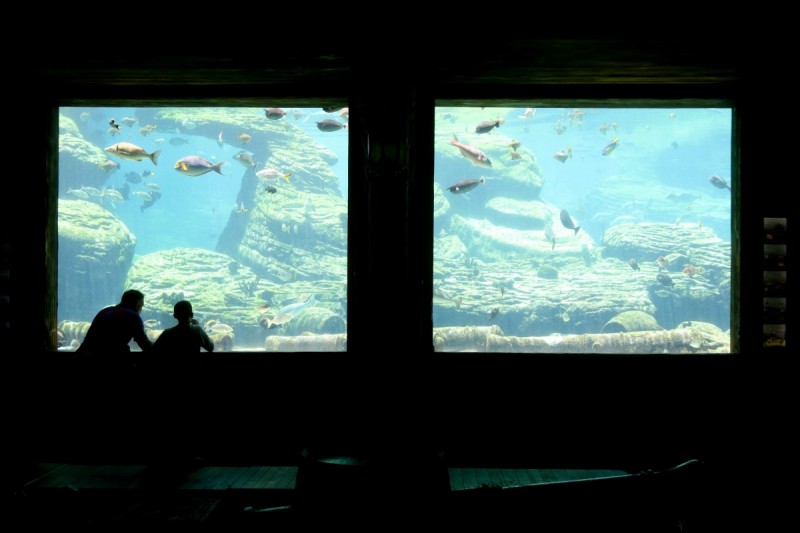 The combo tickets will take you to the 5th largest Aquarium in the world with superb underground viewing galleries, a world-class attraction on Durban’s Golden Mile, and the ever popular Wet and Wild water park for all day family fun. 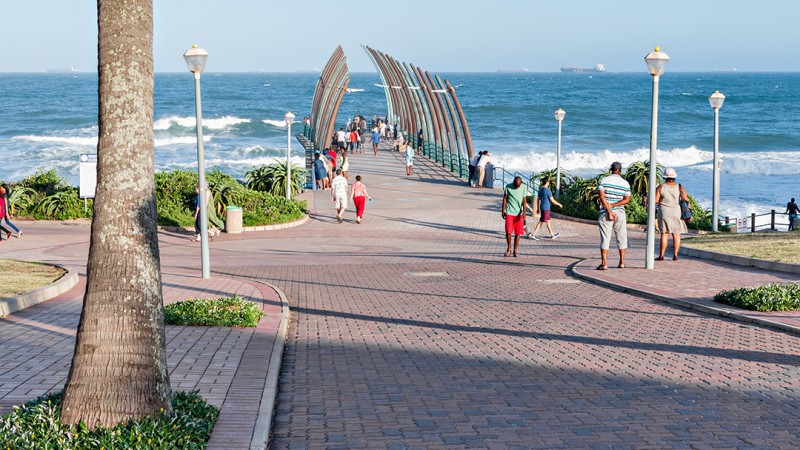 See so much more than just the beaches with stops at the 8th largest harbour in the world, bustling local craft markets, cultural sights and museums as well as the famous Moses Mabhida Stadium. 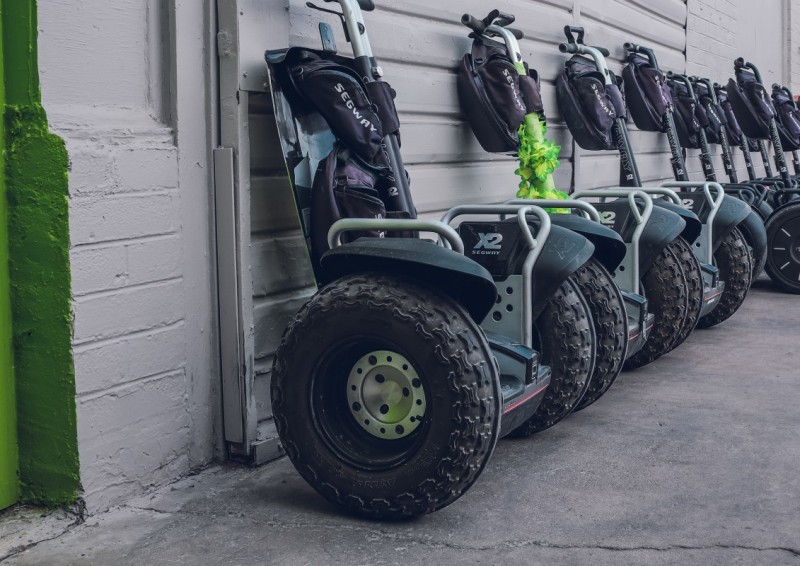 After a few minutes of instruction you are gliding through the Moses Mabhida Stadium or along the beachfront’s Golden Mile wishing it would never end!

Live your sense of adventure on a 4x4 drive up the highest road pass in Africa! Sani Pass is a spectacular 4x4-only road which few have had the pleasure of driving, with lunch in the highest pub in Africa to be enjoyed with breathtaking views. 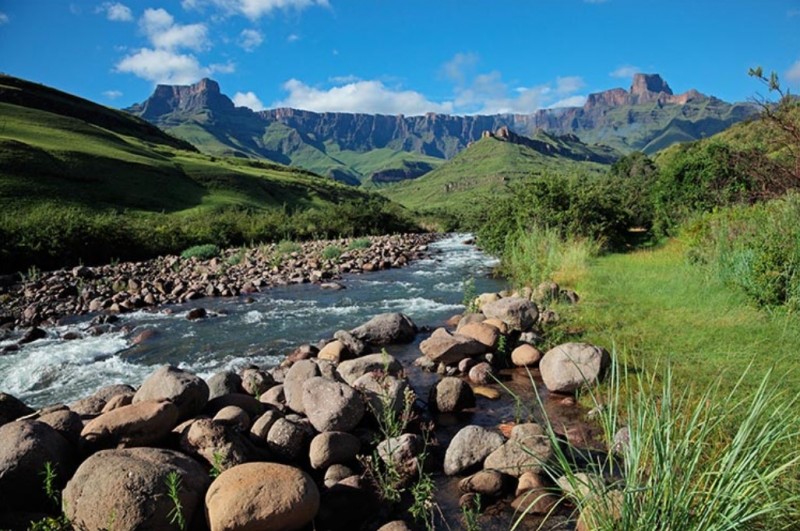 Leave the city for the undulating beauty of the Drakensberg Mountains and a 3km hike to caves with 2,000 year old Khoisan paintings. On your return you will visit the iconic Nelson Mandela Capture Site memorial. 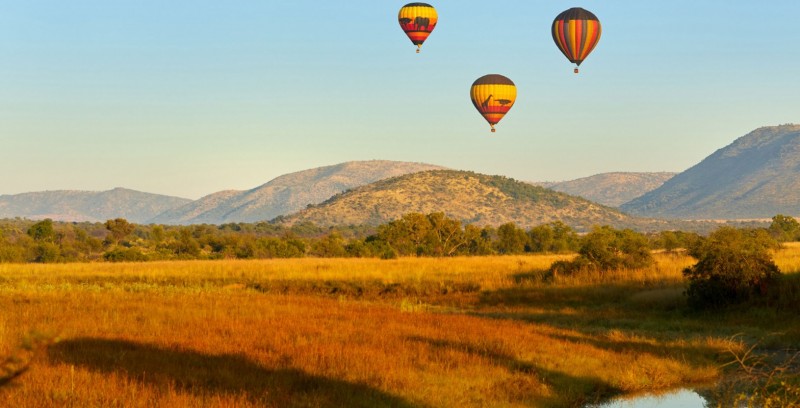 There are a number of hot air balloon sites near Durban, over the Midlands Meander or the magnificent Drakenberg. Take to the air for thrilling 360 degree bird's eye views.

No need to rush to Venice for a romantic gondola boat ride! The canals weave around the Durban Waterfront and if it is a special occasion you can even include live music.

View no less than 84 species of animal in the oldest proclaimed park in Africa, world-renowned for its white rhino conservation efforts. With a bird count of 425 you will have your time cut out on this day trip in the beautifully preserved wilderness.

There are a number of opportunities for zipline tours, but the most popular is the Karkloof Canopy Tour where you will travel at up to 40kms over and between the trees in this magnificent forest. 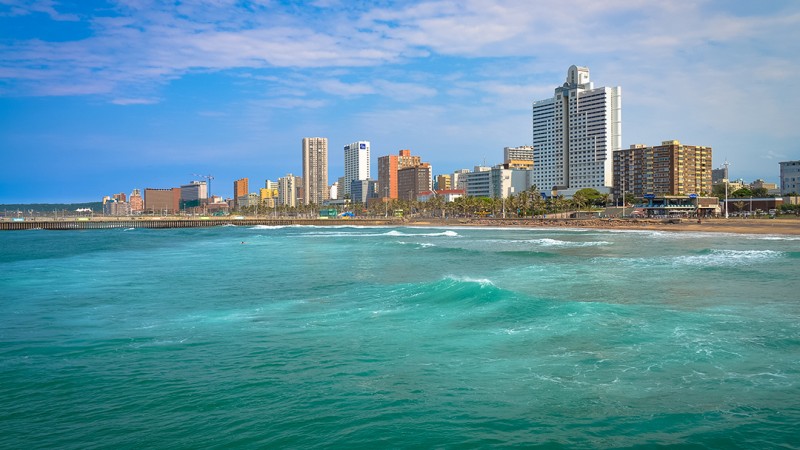 If you are driving to Durban or renting a car there are loads of scenic drives and game lodges in the province. Add these to your list of memories:

Valley of a Thousand Hills

This breathtaking drive of a 1000 Hills follows the Mngeni River Gorge between Pietermaritzburg and Durban as the river courses its way from the Drakensberg to the warm Indian Ocean. The route will take you via pubs, art galleries and sleepy villages where you can meet traditional healers, taste local dishes and join in with Zulu dancers.

Choose between the Northern, Central or Southern Drakensberg, each with their own character and cozy accommodation. Go hiking or take a pony ride up into the foot hills or just sit back and enjoy the spectacular view of the Monk's Cowl, Giant's Castle or the appropriately named Cathedral Peak.

This is not a place but in fact a collection of over 200 restaurants, hotels and guest houses, craft shops and galleries, food emporiums and pubs with plenty of activities for the kids. Watch out for the innovative Mandela Capture Site memorial.

The province is filled with National Parks and game reserves. The best known are Hluhluwe-iMfolozi Park and Mkuze Game Reserve where there is a wide choice of accommodation and you can view the Big 5 and much more.

The North Coast is home to three treasured wetland parks, including Lake St Lucia, Lake Sibaya and Kosi Bay. Here the lush forests grow right up to the beach and yearly visitors include turtles returning to nesting sites. The lakes offer cruises to get up close to aquatic animals and birds. Accommodation includes lodges, guest houses and family units. 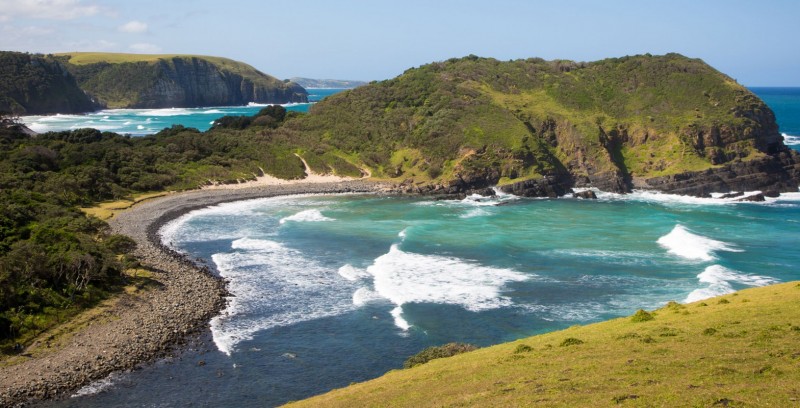 Beaches of the North and South Coasts

KZN is probably best known for its superb beaches and warm waters. Choose one of the popular resorts or a small hamlet with a secluded beach and lagoon for safe bathing and of course, tasty seafood barbecues!

There are numerous battlefield sites worth visiting where experts will take you on a mesmerizing tour describing the heroic events of battles between the British and the Zulus, the Boers and the Zulus and the Anglo Boer War.

There is so much to do and see in KZN, so call Thompsons and start planning your next family holiday or romantic break. Talking of romance, ask Thompsons about their special deals at the famous Oyster Box Hotel right on the beach at Umhlanga. This is spoiling on another level altogether!